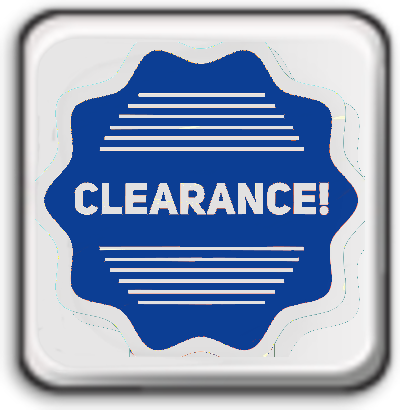 Posted on 25th March 2020 at 10:01
Further to our update yesterday we wanted to let you know the current situation;
1. It is up to each member company to decide whether or not they can safely carry out work, using the Public Health England guidance, and if they cannot they must stay at home.
2. The Government has included the following types of worker as among the key worker list: Telecommunications Engineers, Field Engineers and Broadcasters.
3. Sky are recommencing home visits today. The Government have confirmed that they class their field engineers and call centre staff as Key Workers. They are only carrying out work to keep people connected to TV or Broadband services, they are not carrying out non-essential work, such as Sky Q updates.
4. We are in contact with DCMS to get some official guidance re TV services but haven’t received it yet, they have however issued guidance re Broadband services: For engineers who have been designated as key workers, they may go to people’s homes but obviously there is no guarantee the residents will allow them in. We would recommend that whatever workarounds you can agree on an industry basis to avoid engineers having to enter people’s premises but still maintain connectivity to them are used - even if it’s passing cable via a window in some cases.
5. DMSL/@800 are also still visiting people in their homes, if they lose Public Service Broadcaster viewing, with DCMS support. They are limiting home visits to only those who have no other means of accessing PSB’s and only if they’ve lost viewing of one or more of those channels, not if they’ve lost viewing of other channels not seen as core. They are limiting their work to outdoors whenever possible and are following the steps we’ve previously issued around pre-visit contact, not carrying out the visit if anyone has symptoms or is self-isolating. Their call centre staff and field engineers are still directing customers to getmeviewing.org.uk (CAI member listing website) if they do not qualify for help under clearance or 4G mitigation schemes, as always. Their operations are under constant review, however.
6. We’re aware that some distributors are closing their trade counters and moving to delivery only services, or closing altogether.
7. We remain concerned that if all members cease all work, other, less skilled or less scrupulous companies will carry out the work, putting consumers – especially the vulnerable who most rely on TV for contact with the world – at increased risk.
It remains the case that the Government believe that citizens do need continued access to Broadband and TV services, for home working, home schooling and to receive news updates, as well as for entertainment at this difficult time. So, we feel we need to advise you to take a common sense approach to work:
• If the aerial/dish is the only means for that household (including in MDU’s) to receive PSB’s (i.e./ they do not have cable, satellite or the ability to stream news content) then it might be considered critical to restore their service.
• A broadband service is also critical if anyone is working or learning from home, or if it’s the households only way to receive PSB services.
• If you’re carrying out either of the above tasks, we would class you as key workers carrying out essential works.
If anyone is symptomatic of the virus in the household then obviously an engineer should stay clear.
If they are not symptomatic then an engineer might attend but observe strict social distancing (2m min) and strict hand hygiene (hand washing, disposable gloves, anti bac wipes for remotes etc, as previously advised) before and after the visit.
It's an individual choice for members to take a risk judgement on this. They need to balance the risk to everyone and to be able to justify why they are not staying at home. No one should be forced to go to work if they don’t think it’s safe, or morally the right thing to do.
Regarding site work, it seems that the National Government is going to continue insisting that sites can remain open if they can be operated under PHE guidelines, the Scottish Government (and London Mayor, though he has no power over this) disagree and think they should be closed. Many developers are closing sites. As with domestic work, we believe this is a judgement call for every member involved, and members should only work on sites if they believe they can do so safely and are working outdoors. We believe the chancellor should be announcing new measures for the self-employed today, which may well make this decision easier for you.
As we said yesterday, we have had to close the office and divert the phones to one mobile number. Unfortunately, we have to rely on BT to divert the phones on our behalf. They said yesterday morning it could take up to 24 hours, but at the time of writing it still hasn’t occurred. We are chasing them obviously, but in the meantime don’t forget you can email office@cai.org.uk
We continue to engage with all relevant authorities on your behalf, but hope this advice is useful. We believe it’s unlikely that DCMS will issue guidance that is significantly different to the above – at least this morning – though things change very quickly of course.
Please stay well and safe, and do the right thing for yourselves, staff, suppliers and customers.
Share this post: